No matter what stage you are in your life:

THIS IS WHERE YOU CHART
YOUR NEW COURSE FOR LIFE

OVER 6 DAYS WITH TONY YOU'LL DIG DEEP AND DISCOVER...

Embark on a journey - 6 days LIVE with Tony in a supportive environment of total immersion! At Date With Destiny you won't simply discover who you are - you will decide and create your own life-changing experience.

Connect with your ultimate purpose and ignite your passion to achieve the ultimate vision of your life, career, finances, health and relationships.

You will gain a clear and deep understanding of what truly motivates you; thoughts, feelings and behaviours and build toward your own personal breakthrough.

Your ability to love begins with your capacity to love yourself. Learn to strip away your fears and discover when you are at your core to create fulfilling, lasting relationships.

There is one force that drives every area of your life. Understand what this is, how it shapes your current beliefs and how you can change them.

Discover the decisions that guide you and how they can empower or hurt you. Develop a process for aligning your beliefs, values and experience to pull you towards the life you desire.

Tony's Date with Destiny program is a journey that has been taken by thousands of Australians over 20 years. They’ve removed themselves from the lives they know must change and created a map leading to the life they should be living.

The most important step to achieving life’s Ultimate Experience is simple: Deciding you want it.

Whether it's creating a passionate relationship, financial freedom, or ways to live a more fulfilled life, this is where you discover how to transcend your greatest limitations and create your own breakthrough.

The journey of change begins over 6 extraordinary days with Tony Robbins, Live.

WATCH TONY DESCRIBE THE REAL IMPACT OF DATE WITH DESTINY

IT’S NOT WHAT YOU GET THAT MAKES YOU HAPPY,
BUT WHO YOU BECOME

Tony explains the effect that Date with Destiny has not just in your life but in the lives of those around you.

Over these 6 intensive days, Tony Robbins is your partner and guide on your journey to creating an extraordinary life.
You won't simply uncover who you truly are - you will define and create your own life-changing experience. Connect with your ultimate purpose and ignite your passion to achieve the ultimate vision of your life, career, finances, health and relationships.

Begin your journey by putting a stake in the ground for who you are what you truly desire from your life. Master the science of achievement and the art of fulfilment by learning to understand the primary drives behind behaviour and emotions; including the beliefs, rules and values through which our lives operate. As you begin to uncover what you need to create everything you imagine, you will make the most important decision of your life and uncover what truly ignites an extraordinary quality of life. 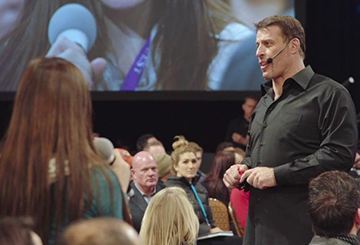 Explore how to harness and direct the power of your unconscious mind by becoming more aware of how you choose to react. Identify your Primary Question; the most important and vital key to becoming aware of our own behaviours and values. Before you can regain control of our own destiny, you must discover and adjust the focus of your Primary Question to cease inhibiting and begin empowering. We will learn how experiences are evaluated, deal with behavioural triggers and develop command of our own inner state. 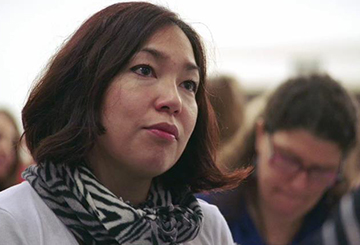 Is your brain fundamentally wired to seek pleasure or pain?

Is your brain fundamentally wired to seek pleasure or pain? On day three we will uncover the rules, values and beliefs guiding our lives, and prime ourselves to move towards pleasure. By discovering and rewiring the invisible forces controlling our lives, we gain the power to redefine their influence, better enabling us to live more joyous, more fulfilling and more extraordinary lives. 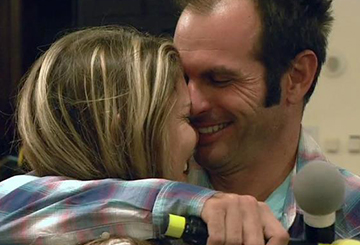 What’s the greatest source of pain and pleasure? Relationships. 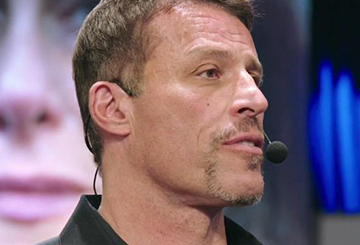 On the fifth day we create and establish the New Values and Rules that will allow us to thrive and create the life of happiness and fulfilment we most desire. You will envision, draft and design an entirely new destiny for yourself and create an actionable, personal mission statement to define your life’s direction moving forward. 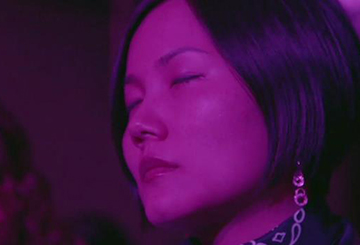 On our final day together, we will lock in our new destiny

On our final day together, we will lock in our new destiny so you can take it home with you. You will learn how to infuse the power of your emotion through your body, locking in everything you’ve learned, developed and achieved to ensure lasting results in your new life. By anchoring inside the most beautiful aspects of your past and present, you will create the foundation for an extraordinary life and purposeful destiny - today, tomorrow and through your brilliant future.

What The Stars Say About Tony 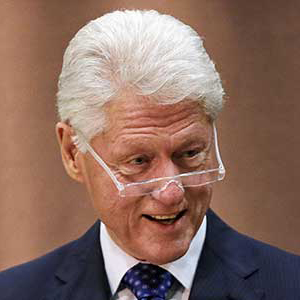 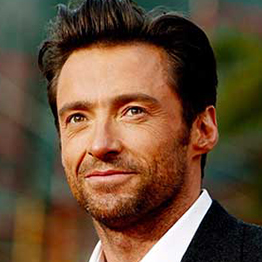 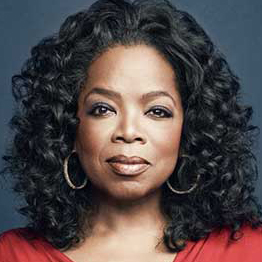 He has a great gift. He has the gift to inspire

Tony's power is superhuman... He is a catalyst for getting people to change.

With Tony's help, I've set new standards for myself, and I've taken my tennis game - and my life - to a whole new level!

WHO IS TONY ROBBINS? 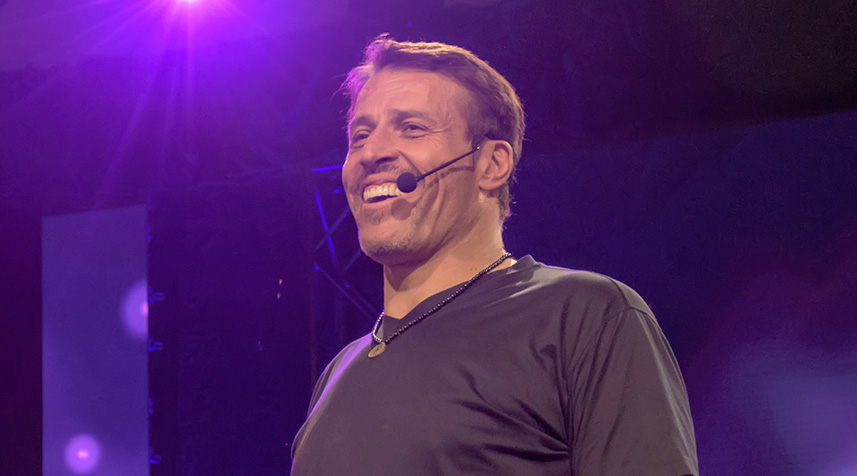 No-one understands the psychology of success like Tony Robbins who has coached more than
50 million people from over 100 countries.

An authority on Peak Performance Tony has also advised some of the world’s highest-performing achievers: from 7-figure clients like Fortune 500 CEOs to heads of state to Olympic athletes.

Tony Robbins is the author of six internationally bestselling books, including most recently New York Times #1 bestsellers UNSHAKEABLE: Your Financial Freedom Playbook and MONEY: Master the Game. Robbins has empowered more than 50 million people from 100 countries through his audio, video and life training programs. He created the #1 personal and professional development program of all time, and more than 4 million people have attended his live seminars.

He is a founder or partner in more than thirty companies in various industries, ranging from technology (virtual reality) and sports (Major League Soccer) to events and hospitality, including the #1 rated resort & spa in the Fijian islands. These companies have combined annual sales of $5 billion.

He has been honoured by Accenture as one of the “Top 50 Business Intellectuals in the World,” by Harvard Business Press as one of the “Top 200 Business Gurus,” and by American Express as one of the “Top Six Business Leaders in the World” to coach its entrepreneurial clients. Fortune Magazine’s cover article named him the “CEO Whisperer,” and he has been named in the top 50 of Worth Magazine’s 100 most powerful people in global finance for two consecutive years. In his mission to continually impact the lives of millions, Robbins has made headlines by partnering and lending his voice to disruptive companies in the financial services arena.

His work has touched the lives of top entertainers, such as Aerosmith, Green Day, Usher and Pitbull. Billionaire business leaders seek his advice as well; casino magnate Steve Wynn and Salesforce.com founder Marc Benioff are among those who call on him for coaching.

Robbins is an active philanthropist: Through his partnership with Feeding America, he has provided over 200 million meals to those in need over the last two years, and he is on track to provide a billion meals by 2025. He has also initiated programs in more than 1,500 schools, 700 prisons and 50,000 service organisations and shelters. He provides fresh water to 100,000 people a day in India to prevent waterborne diseases, which the #1 killer of children in that country.

Australian delegates from earlier events share why they joined Tony and the impact they were already experiencing.

Michael and Nicky ran a property management business before they lost over a million dollars almost overnight. At Date with Destiny, Tony helped them discover that even without money, they had so much fulfilment in their lives.

BACK FROM THE EDGE

After 13 years of marriage, Paul and Jennifer are fed up and just want to be free of the pain. Tony gets to the heart of their issues and completely transforms their relationship.

What makes a difference in a relationship? How is it that some couples live passionate lives, while others live in fear, helplessness and frustration?

*Please note times for the event are approximate only & are subject to change. 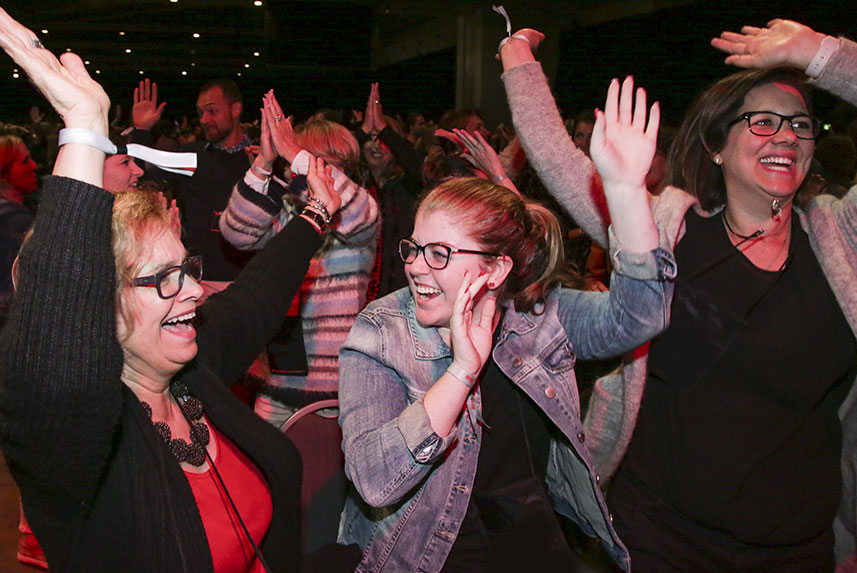 In the unlikely event that, after having participated in the first 3 days of Date with Destiny, you decide you haven’t learned enough to create a more fulfilling and inspiring life, simply hand in your program materials and we will send you a complete refund, no questions asked. Conditions apply.

For illustrative purposes only

A live, simultaneous translation service throughout Date with Destiny is available to attendees plus all printed event material in your preferred language. Please note that an additional fee applies to this service. Email enquiries to contact@date-with-destiny.info

*Paid in full. All tickets are only valid for Date with Destiny 2020 in Gold Coast. Not redeemable for cash. Not valid with any other offer/promotion.

^To qualify for the money back guarantee, you must attend and complete the first three days of Date With Destiny in full. If, at the end of day three, you feel you have not received any value, you must hand in your program materials to a nominated representative. We will send you a full and complete refund of the investment for the event within 30 working days after the event's conclusion.